The selection of ingredients is the first challenge for any taste professional.
Passion, freshness and skill are what brought together Francesca and Giulia, the inventors of Creazioni, the new unmissable destination for all gourmands and foodies. A new concept, where the food, and in particular the pastry, steal the show; a perfect place for a pleasurable lunch, a cup of tea in the afternoon, or an aperitif, thanks to the high quality products made in our workshop using excellent ingredients. A sort of paradise for lovers of sweet and savoury foods. 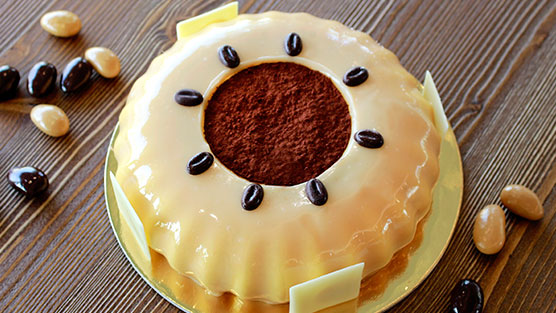 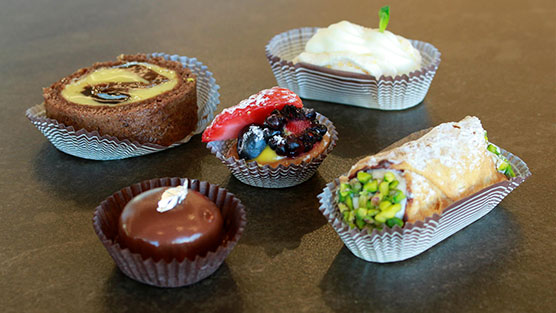 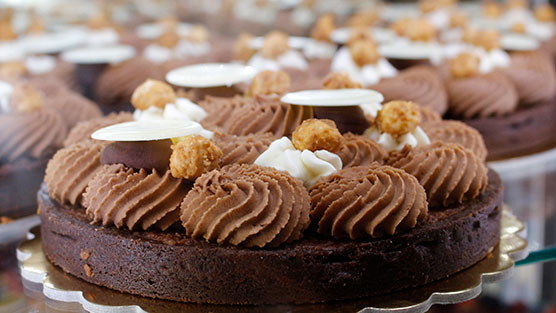 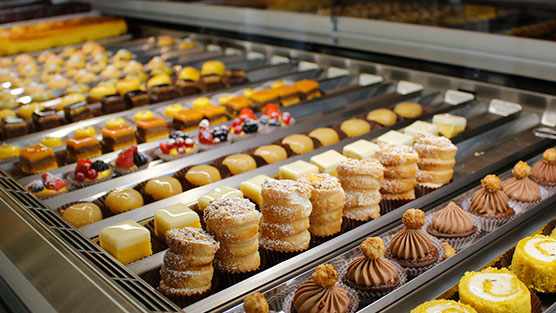 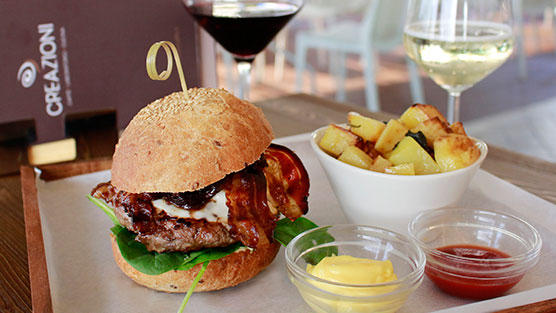 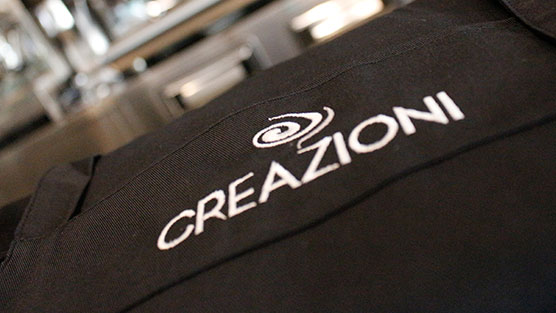 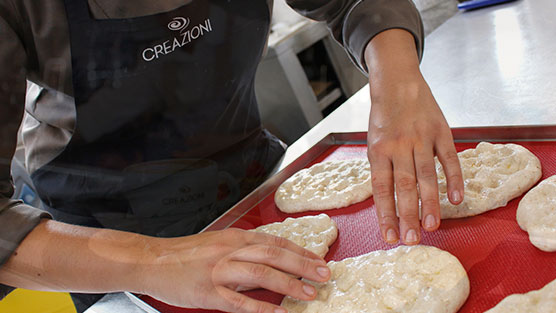 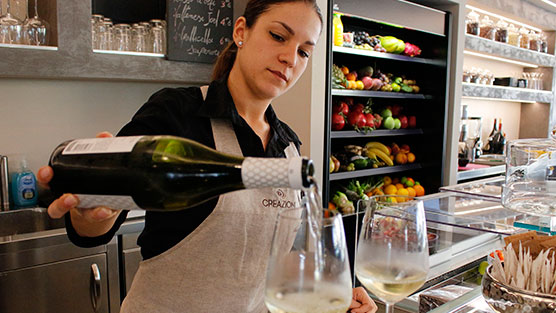 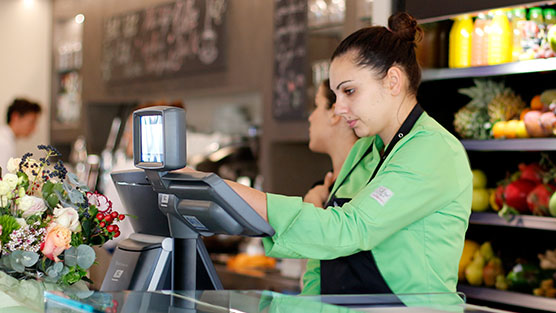 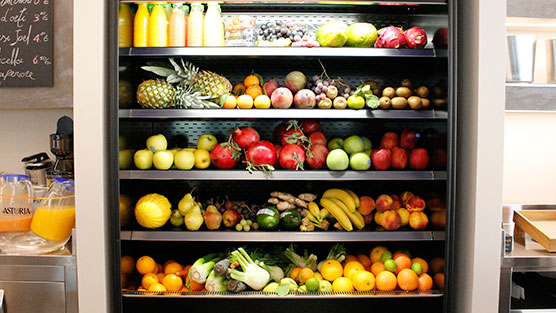 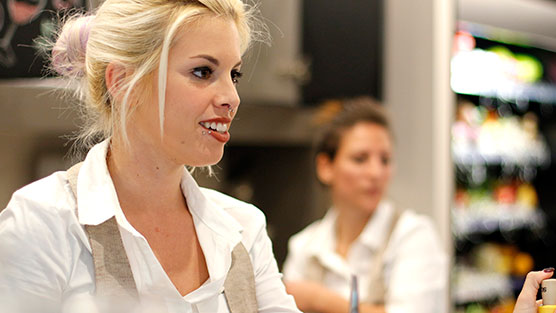 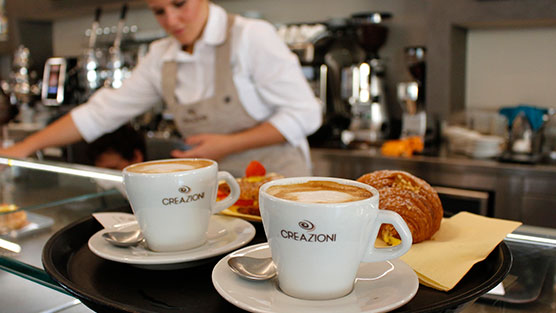 The members of our team are very young, with an all-female management and an unprecedented format, where artisanal patisserie meets creative gastronomy.
Where the joy of an excellent coffee, including the organic option, crosses paths with gourmet aperitifs and surprising artisanal gelato.
Where the rigorous selection and freshness of the ingredients are coupled with the sustainability of the food and a relentless search for new flavour profiles and contrasts.
A must-place to visit if you are looking to buy high-quality pastries or leavened products to take away, but also if you are looking for fresh fruit, juices and organic smoothies, displayed in a magnificent refrigerated cabinet.

At Creazioni, the spaces, the product and the style of hospitality aim to create a place where the customer can always feel at home, be it at breakfast or when organising a party with friends and colleagues, with the help of our large premises. The place is 200 square metres large, of which 100 are for customers in the dining hall, with 60 seats and as many in the big outside area.
The kitchen is equipped according to the highest production standards and so the dining room, where the bar counter of about 6 metres long is the meeting hub between diners and staff, without forgetting the spaces for customers wishing for more privacy for business lunches or dinners. 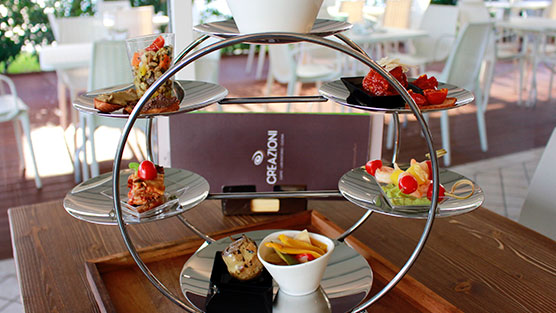 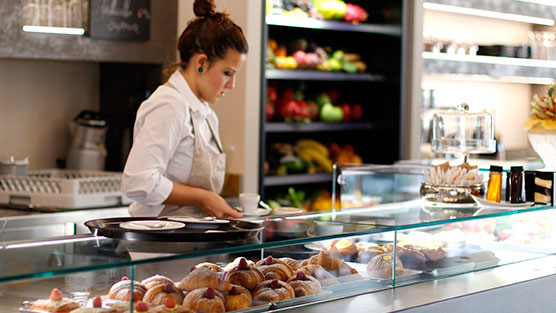 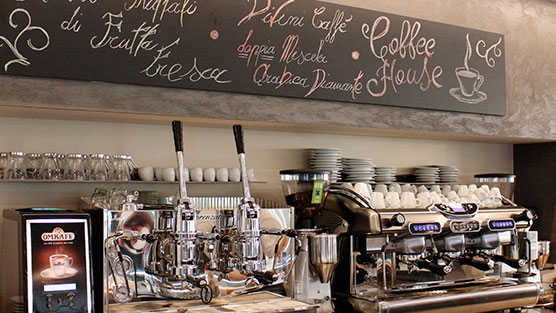 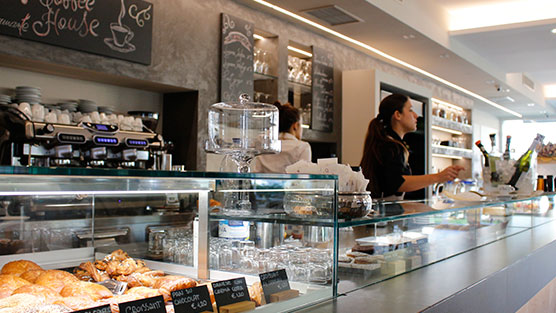 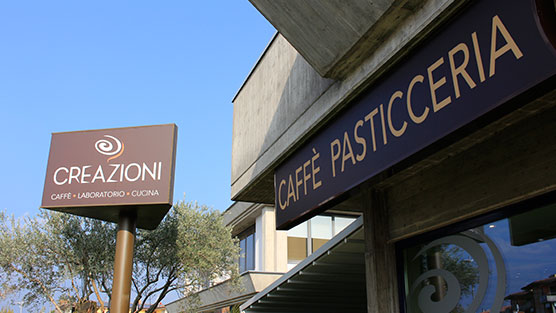 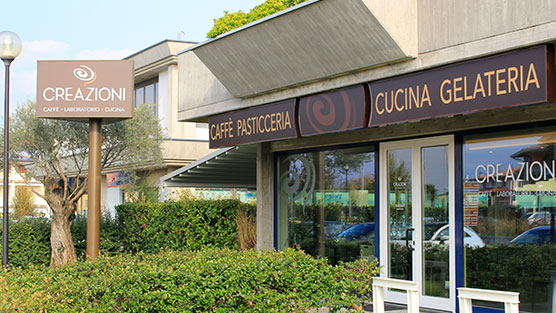 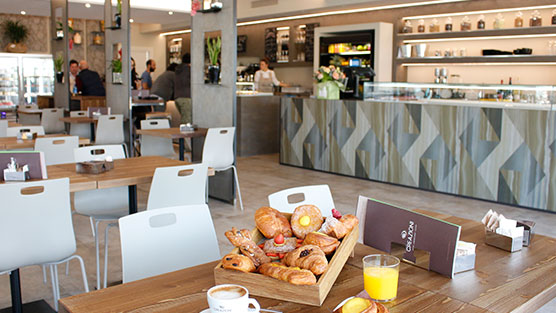 Giulia Cerboneschi
From Tuscany, born in 1990, in Pomarance, in the province of Pisa. Nominated by the Gambero Rosso guide as “Best emerging pastry chef 2016” at the age of only 25, conquering the Due Torte score. The beginnings: she attended the Mattei Hospitality School in Rosignano Marittimo, with a cooking specialisation. She started working, already at the end of the third year of high school, at the Il Doretto restaurant, in San Pietro i Palazzi, in the Livorno area, where she was in charge of making desserts. The following year she went to her home town of Pomarance to work for Dolcemiele: in the morning she attended school and in the afternoon she worked in the pastry shop. In the summer of her final school year, she worked at Ginepri, in Marina di Castagneto Carducci, alongside the chef de partie, preparing appetizers and desserts. At 19 she left for Alma, the prestigious School of Italian Cooking Training, which had selected her. Specialisation: pastry. In 2010, through Alma, Giulia did an internship at the Le Calandre patisserie workshop in Padua, where she stayed for about three years, alongside the Michelin-starred chef Massimiliano Alajmo. In August 2014 Giulia joined the pastry team that the two-Michelin starred Veronese chef Giancarlo Perbellini opened in the city centre in Verona, working as head of the workshop, as well as managing the shop. Which leads us to the present, and the opening of “Creazioni”, together with Francesca Serra, in Manerba del Garda (BS). Patisserie, strongly linked to tradition, but with a constant nod to creative innovation, is her big passion. Her motto is: “My life is made of sugar”.
Francesca Serra
Francesca Serra, born in 1991, in Desenzano, lives in Manerba and, since her adolescence, has always worked in the restaurant world, developing a solid experience in management. In a totally natural way, Francesca has come up with her own communication model, which she has applied to the places that she has managed and developed.
She speaks three languages fluently (Italian, English and German) and her qualification as a tour operator, as well as the provenance of a family that has always worked in the hospitality and catering sectors, are the basis of her strong passion for this type of work.
Francesca was trained in Italy and abroad for a while. Her career path includes a whirlpool of experiences, including bars, campsites, restaurants, ice cream parlours, hotels and resorts. In each of these places she defined a trend and consolidated the results, making full use of her organisational skills, with amazing enthusiasm.